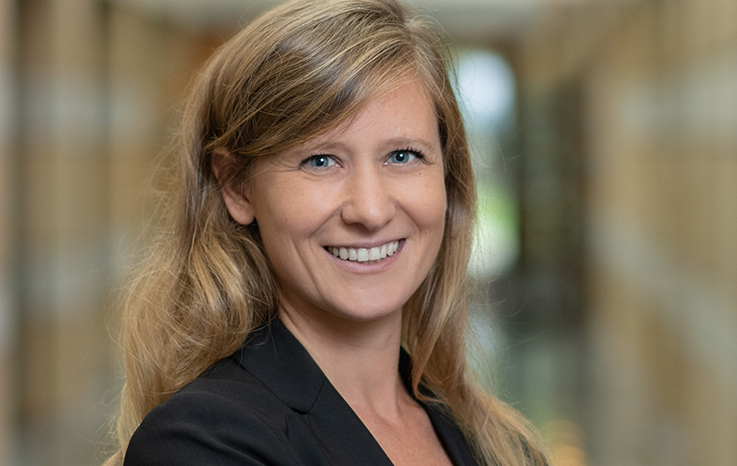 Areas of expertise: An armed conflict; governance and state capacity in fragile environments; methodology and data for studying civil wars and armed violence

On leave for the fall semester 2020

Sweet’s research focuses on armed conflict, governance and state capacity in fragile environments, as well as the methodology and data for studying civil wars and armed violence. Drawing on four years of research in East and Central Africa, she uses the original financial and administrative records of armed groups and in-depth interviews to generate new understandings of the logic of rebel control and state survival in the world. middle of insecurity.

The manuscript of his book, “Violent Institutions: Rebellion, Bureaucracy, and State Capture in the Congo,” examines the varied relationships that form between armed groups and low-level state administrators during war. It examines how the rebels’ use of pre-existing bureaucratic offices for taxation and surveillance reshapes state institutions, integrates networks of violence within the state, and provides rebels with legitimacy with the international public.

Sweet’s broader work on state-rebel relations examines how parallel networks of national armed forces get along with armed groups and the implications this has for international response. She also studies the strategic use by rebels of misattribution in the violence of the civil war and the enforcement of property rights in informal settings. She is currently examining global health security and how past experiences of violence shape community resistance to international and government response to public health emergencies.

Sweet makes the connection between academic rigor and practical commitment to improve conflict policy. She has worked with the Office of the United Nations Secretary-General-Special Envoy for the African Great Lakes as an armed groups expert, as a conflict expert with the United Nations Peacekeeping Mission and as a as Senior Conflict Investigator with the Congo Research Group and the UK Foreign and Commonwealth Office. She featured in the New York Times, at National Public Radio and by the British Broadcasting Corporation. She has also been invited to present the results of her research to decision-makers at the US State Department, the UN and various US intelligence agencies.

Previously, Sweet worked at the Congolese University in northeastern DR Congo and under the guidance of a group of Kenyan lawyers in Nairobi. These original experiences have shaped her commitment to asking which voices are heard and influencing debates, and promoting the expertise of participants in the field.

Sweet is a Harvard Academy Fellow in International and Regional Studies from Harvard University. She received her PhD from Northwestern University in 2017. Her research was supported by the Harry Frank Guggenheim Foundation Thesis Fellowship for the Study of Human Violence, the Fulbright-Hays Doctoral Thesis Research Prize, and the Andrew Mellow Foundation Scholarship for African Studies.