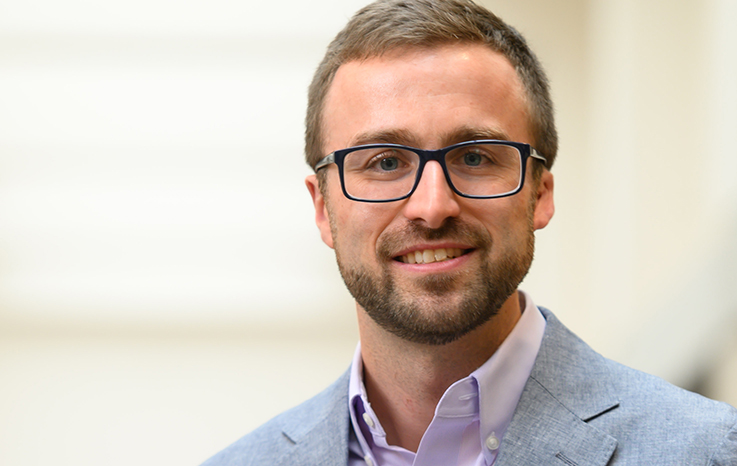 Peter J. Quaranto, graduated from Notre Dame in 2006, is Adjunct Associate Professor at the Keough School of Global Affairs. He serves as an instructor, with George A. Lopez, for Policy Approaches to Violent Conflict, a new course that equips students with practical skills to understand and promote international policies for peace.

Quaranto has extensive experience in shaping and implementing U.S. foreign policy toward fragile and conflict-affected states as an activist, non-government advocate, congressman, and government official. He currently works at the State Department Office of Conflict and Stabilization Operations, where he leads a team supporting US diplomacy to anticipate, prevent and respond to violent conflicts in sub-Saharan Africa.

Quaranto previously worked in the Department of State’s United States Foreign Assistance Resources Office, where he oversaw efforts to improve how the United States uses foreign aid to stabilize areas affected by conflict and prevent violent conflict in fragile states. Quaranto has also held positions in the African Affairs and Counterterrorism Offices of the State Department as well as the United States’ Special Envoy for Sudan.

From 2008 to 2010, Quaranto worked as a foreign policy staff member for the US Senate Foreign Relations Subcommittee on African Affairs and its then chairman, Senator Russ Feingold. He oversaw the Senator’s work on the Lord’s Resistance Army Disarmament and Northern Uganda Rehabilitation Act and the Congo Conflict Minerals Act, both of which were enacted in 2010. Prior to that, Quaranto, alongside alumni of Notre Dame Michael poffenberger and Alison Jones, co-founder of Resolve (formerly Uganda Conflict Action Network), an advocacy organization committed to raising public awareness and supporting policies aimed at ending violence perpetrated by armed groups in Central Africa.