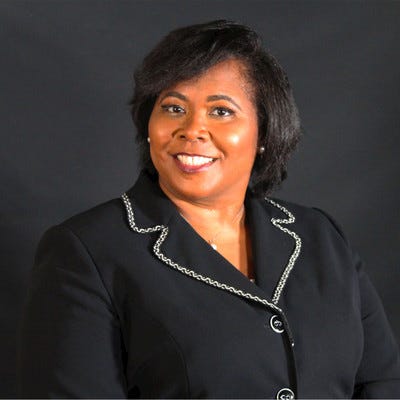 The complaints ranged from unsafe water, termites and even sewer flies. There was extreme overcrowding near a world class golf resort. The old air conditioners caused water leaks, mold and respiratory problems, but not enough cold air.

No, these were not conditions inside the apartments. These are reports from all over North Carolina inside our children’s public schools.

As teachers with almost 60 years of combined experience, we know we’ve never faced headwinds like now. A pandemic is still burning through our communities. A statewide shortage of teachers and school bus drivers is real. And just when we need them most, our schools have too few nurses and social workers who are essential to making sure all students get what they need.

Then there is the deplorable condition of too many of our school buildings. Earlier this month, the state’s education department released an alarming report that received little attention. He said the price to renovate and rebuild North Carolina public schools has jumped 58% over the past five years to $ 12.8 billion. The report was overshadowed by a statewide shortage of school bus drivers and news of five Guilford County schools being temporarily closed due to air conditioner failure. Guilford is the third largest school district in the state where schools are on average 55 years old. A thousand air conditioning work orders from 40 schools flooded an understaffed maintenance crew as classes began in the heat of late August.

Unfortunately, Guilford County is not an outlier. After the first month of classes, the NC Association of Educators asked educators about the conditions of school construction. The responses were surprising. The list reads like a slumlord’s rap sheet.

Near the University of North Carolina, an educator from Chapel Hill said elementary school water was undrinkable and loaded with heavy metals.

In the east, a Wayne County teacher said termite and bee infestations had driven teachers from their high school classes.

Near the famous and spacious Pinehurst Golf Resort, a Moore County teacher said her local high school is deteriorating and is extremely overcrowded. It was built for 1,800 students but currently holds 2,300.

On the South Carolina border, a Columbus County educator said her school was 90 years old with mold on the ceiling and years of grime on the toilet.

In the mountains near the Georgia state border, a leaky cafeteria ceiling at a Macon County high school where some buildings are 70 years old.

A teacher in Brunswick County near Wilmington said their school was over 80 years old with rodents, sewer flies and even mousetraps in the library.

Meanwhile, in Raleigh, state lawmakers are nearly three months behind with a state budget in a General Assembly building where thermostats comfortably hover between 70 and 72 degrees. Lawmakers are sitting on a $ 6.5 BILLION surplus. The recurring sticking point is the scale of the corporate tax cuts, not the construction of public schools. That says a lot about the priorities.

The governor’s budget proposal would ask voters to approve a building bond that would include $ 2.5 billion for public schools. North Carolina has not had a statewide school tie for 25 years, during a time when Republicans and Democrats controlled the legislature. The leaders of the General Assembly do not want a link now. Instead, they want to invest only a third of what the governor proposes for building and renovating schools.

But wasn’t the Education Lottery supposed to help build schools? This is a nagging question that the public often raises, and that some politicians are now asking themselves. The lottery broke sales records during the pandemic, and more lottery revenue goes to schools. But state lawmakers have steadily reduced the percentage of lottery revenues spent on schools, and they have reduced the percentage allocated to building schools. Meanwhile, lawmakers are using lottery revenues to pay for school expenses that the state’s normal budget previously covered. A small bipartisan group of lawmakers introduced a bill six months ago titled Restore Lottery Funding for Schools. So far, the bill has not obtained a vote.

School modernization money could get to North Carolina if Congress could pass the Build Back Better infrastructure program, but our state has the funds to renovate and rebuild our public schools now. An educator suggested lawmakers move some budget talks to a public school with mold and old air conditioners that can’t keep classrooms as cool as the legislature. An educator from Cabarrus County responded to her survey with a humble request, “Please help schools in North Carolina that need to be replaced or renovated to create a place where our students feel safe.” ”