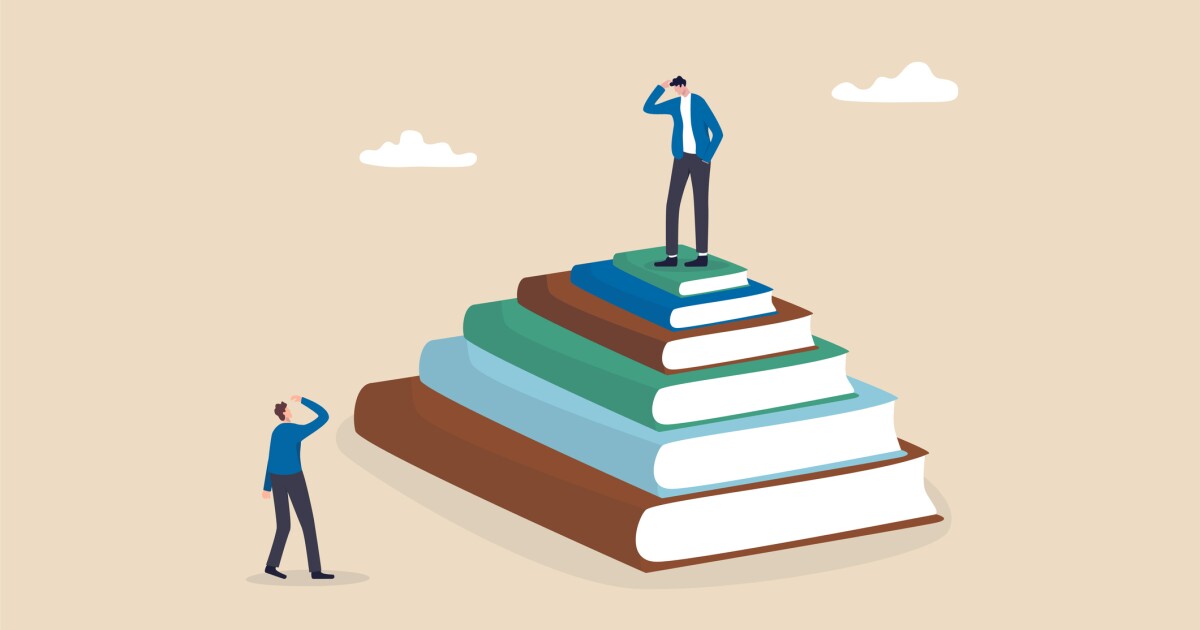 Over the past several months, a group of lawmakers have been working on a plan to overhaul Vermont’s education funding system. On Wednesday, the group unveiled recommendations it would radically change the way education funds are distributed to schools across the state.

Peter Hirschfeld of VPR followed the process and spoke with Liam Elder-Connors to explain what these recommendations would do and why so many education officials are calling for change.

Liam Elder-Connors: Pete, before I get into the proposals, why are lawmakers considering changes in the first place?

Peter Hirschfeld: At the heart of this whole discussion, Liam, then is this research and science-backed truth that shows that the cost of educating one student differs from student to student. A child from a wealthy family who has had access to first-rate preschool education and expensive tutors, for example, does not need as much guidance and intervention from their school teachers. public to get good grades.

When it comes to children in poverty who have experienced trauma, there have long been concerns about whether or not Vermont’s education funding system recognizes these cost differences. And in 2019, researchers at the University of Vermont and Rutgers University published a study that found very strong evidence that the amount of money schools receive for children in poverty, for example, or children who are learning English, does not come close to what it actually costs to achieve strong academic results for these children.

And there is a large consensus at this point in the political and educational worlds of Vermont that this is a problem that must be resolved, but it is a complex undertaking. And so, this eight-member legislative task force has spent the summer and fall trying to craft a proposal for lawmakers to consider in the next legislative session.

This 78-page report, released on December 8, contains two options for resolving the fairness issues you just explained to us. What would these options do and how are they different?

This panel argues that lawmakers can consider two approaches to address this funding and equity issue. The first option would change the government’s funding formula. And more specifically, it would change the way we count student enrollment in a given school. Children of poverty, for example, would count more than a non-poverty student. And this approach is called pupil weighting. It would also change the way we weight children in rural areas or children in small schools because they are also more expensive to educate. And it all matters because student enrollment, which is the thing that weighting affects, is a key variable in determining how much money a school receives from the Vermont Education Fund. And by changing the weight of the students, you change the number of students. And by changing the number of students, you increase the total number of enrollments in the school. When you increase that number of enrollments, a school district can keep the same local tax rate, but generate much more revenue for its schools.

Then the other option – that’s option number two – takes a different approach. Instead of changing that funding formula, it would provide direct cash payments to schools for every student in poverty, every student who lives in a sparsely populated area – any of those demographic cohorts that cost more to educate. These are referred to as “cost equity payments” in this proposal. And once those cost equity payments are distributed, the rest of the education fund would be divided equally based on the number of students in different schools.

Pete, this issue of equity in funding has gained a lot of traction over the past year, in part thanks to a coalition of school board members and school administrators pushing for change. How does this coalition respond to these two proposals?

Well, this coalition that you mentioned is called the Coalition for Vermont Student Equity. It now includes about two dozen school districts that have signed on. And they are adamant, for one person in this coalition, that lawmakers must solve this problem by shifting the weight of students. They say that incorporating these changes into the structure of the education funding formula itself is the only way to maintain the usefulness of these changes. When the cost of educating different students is put into that formula, they say the funds will still be distributed proportionally 10 years from now, 20 years from now.

And they say the problem with direct cash payments is that those payments won’t necessarily keep pace with the growth of the education fund. And we could find ourselves in a decade in the same situation of inequitable distribution of resources that lawmakers are now trying to correct.

Well, Pete, funding for schools tends to be a complex and controversial subject in Montpellier. So what is the likelihood that the legislature will actually act on these proposals in the next session?

Well, one of the things this proposal has for her is a sense of urgency. A growing number of lawmakers say they are increasingly aware of the harms suffered by low-income districts as a result of the current funding formula. In addition, there is a very real threat of a lawsuit based on the current funding formula, as many legal experts claim that it violates the constitutional right of students to “substantially equal access to quality education” , which is guaranteed in the Vermont Constitution.

But whatever the lawmakers’ proposal, it will have very complicated side effects. There will be winners and there will be losers when it comes to school districts. And there are real concerns about the effect of reallocating resources in a way that reduces the ability to tax, or reduces the amount of money some districts will get. There is momentum to do something, but also potential headwinds.

Do you have questions, comments or advice? Send us a message or contact journalist Peter Hirschfeld @petehirschfeld.