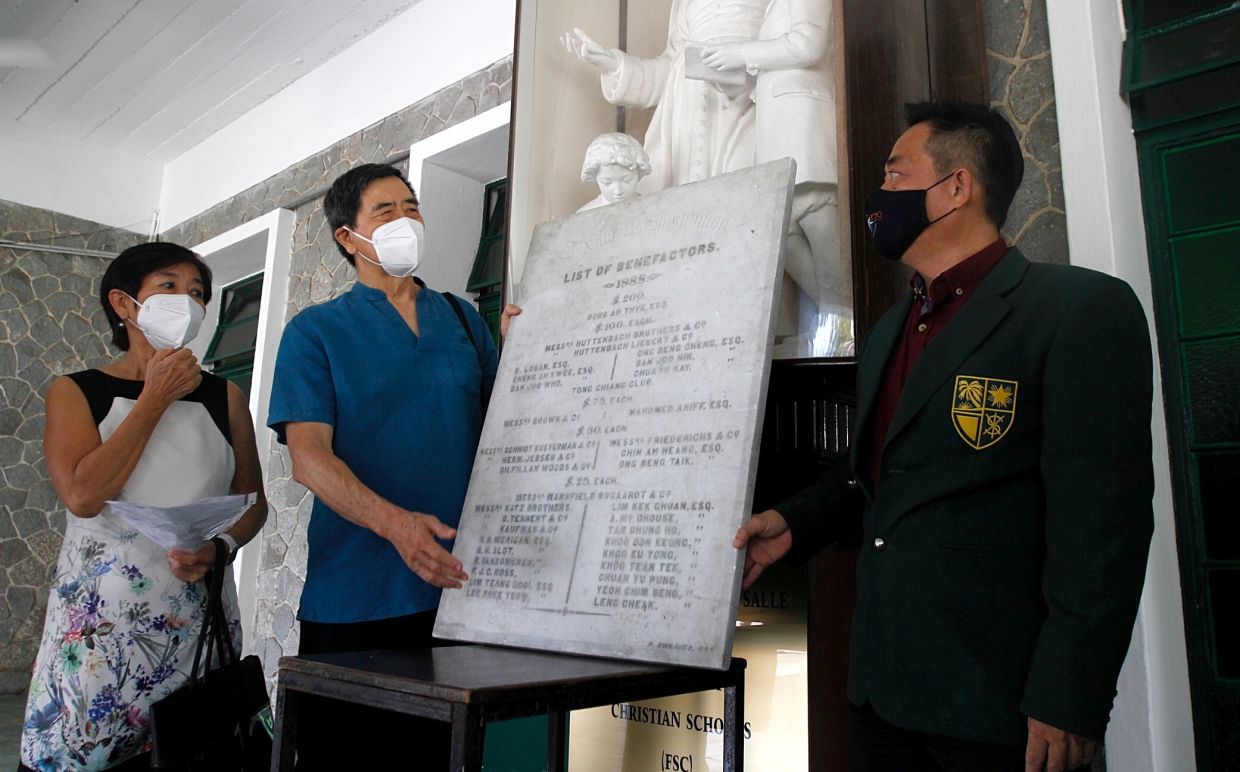 GEORGE TOWN: This was an important and historic marble slab with hand-beaten lead letters found among the ruins of the bombed-out building of St Xavier’s Institution (SXI) after WWII.

But when ex-Xaverian Datuk Loh Hoot Yeang discovered it in 1945 after clearing the bomb site as a contractor, he didn’t think much about it.

“He however had the foresight to carefully preserve the important relic for posterity, (and) we later realized (it was) an important piece of history,” said Laurence Loh, son of Hoot Yeang. .

Laurence, a heritage curator who was also a Class of 1966 ex-Xaverian, said the plaque was discovered by her father after Japanese occupation during World War II in Penang.

“At the time, my father was hired as a contractor to clean up the site of an SXI building bombing, and he stumbled across this plaque and took it home to keep it.

The plaque details a list of names that were donors to the school.

“This allows us to gain insight into the central figures of Penang society from 1880 who contributed for educational purposes regardless of race or religion,” heritage curator Lim Lin Lee said.

Lim, who is one of the environmentalists at the famous Cheong Fatt Tze mansion alongside Laurence, said the plaque was a historical artifact of the school.

“This plaque testifies to the openness of the Penang company at the time. Donors are of different origins, races and religions, but that hasn’t stopped them from donating for education.

“The Deputy Consul General of China and agent of the Empress Dowager at the time, Cheong Fatt Tze, made a donation on behalf of his company, as did Chua Yu Kay, owner of the largest rice mills and boat companies in Penang steamer.

“These traditionalists saw fit to send their own sons to study at SXI, including the famous Kapitan Chung Keng Kwee, whose son also studied at SXI,” he said.

Lim said other groups included people who became wealthy philanthropists as well as people from the German and Dutch business communities.

“The plaque shows an important part of the school’s history and as curators of cultural heritage we are obligated to return it to the school,” she said.

SXI director Goh Hong Peng, who received the plaque in a simple ceremony at the school here on Friday, October 29, said he was grateful for the plaque’s restoration and return to the school.

“We are looking to display the plaque in our heritage room here at the school,” he added.

SXI board chairman Victor Tan said the school plans to renovate and build a heritage center in one of its halls by April next year.

“It will cost around RM500,000 and the hall will be divided into three galleries. But at the moment we are still looking for more funds and we hope our old boys can participate,” he added.