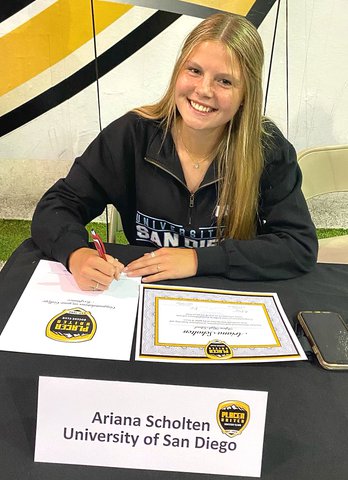 Ripon High senior Ariana Scholten fantasized about her future as she attended a football camp on the scenic University of San Diego campus in her sophomore year.

“Well if you’ve ever seen the campus it’s beautiful,” she said. “I was like, ‘I would like to play here someday.'”

She will soon have the opportunity.

The Indians attacking midfielder / forward has signed with the West Coast Conference Toreros, where she is sure to see some of the best competitions in the NCAA Division I, including national powerhouse Santa Clara. Although her role is not yet set in stone, Scholten considers herself an attacker. Fourth-year coach Louise Lieberman could use a player with a nose for the goal after the USD scored just three goals while finishing 1-7-1 last season.

Scholten is looking forward to working for a coach who has served as an assistant for the United States and UCLA women’s under-23 team. San Diego has won eight games in each of its first three seasons under Lieberman.

Scholten didn’t have the opportunity to visit the campus from this camp two years ago, but there was no need to convince her to enlist.

“It’s a great school, but the one thing that really attracted me the most was Lou and his coaching staff,” she said. “They are very united people. They obviously want good football players, but they are looking for people first. They want you to shine a light on their team and leave school a better player and a better person.

“They really care about your school, your values ​​and your life as a footballer. I really appreciate that about them.

His plan is to specialize in pre-health sciences and continue his studies in occupational therapy or physiotherapy. She will also have a minor in marine biology.

Since college coaches weren’t able to search for prospects in person, Scholten worked with his club coach, Ron Benjamin of Placer United, to film training videos and send them off.

“Coach Lou contacted me and said, ‘I’d like to talk to you about a future in San Diego,” Scholten said. “At the time, I was speaking at another college, but I was really happy when the opportunity with SHU presented itself, as it was the school of my dreams since my second year.”

San Diego gets a proven club and high school winner at Scholten, who has scored 54 goals and 60 assists in his first three years at Ripon. Selected three times in the All-Trans-Valley League, she led the Indians to two Sac-Joaquin Section Division V championships, two league titles and their first California Interscholastic Federation NorCal regional final.

Scholten proved to be deadly on set pieces and in the run with powerful, precise laser strikes on each foot. In her junior year, she focused on game creation and collected 26 assists, a record for the team.

This season, Ripon is playing a shortened schedule in the competitive Valley Oak League due to the coronavirus pandemic. With no playoff titles or championship in play, Scholten is happy to have fun with her friends on the pitch.

“It’s nice to take a break from all the seriousness of competition and just have fun on the pitch while continuing to work on the little things and perfect my game before going to college,” he said. Scholten said. 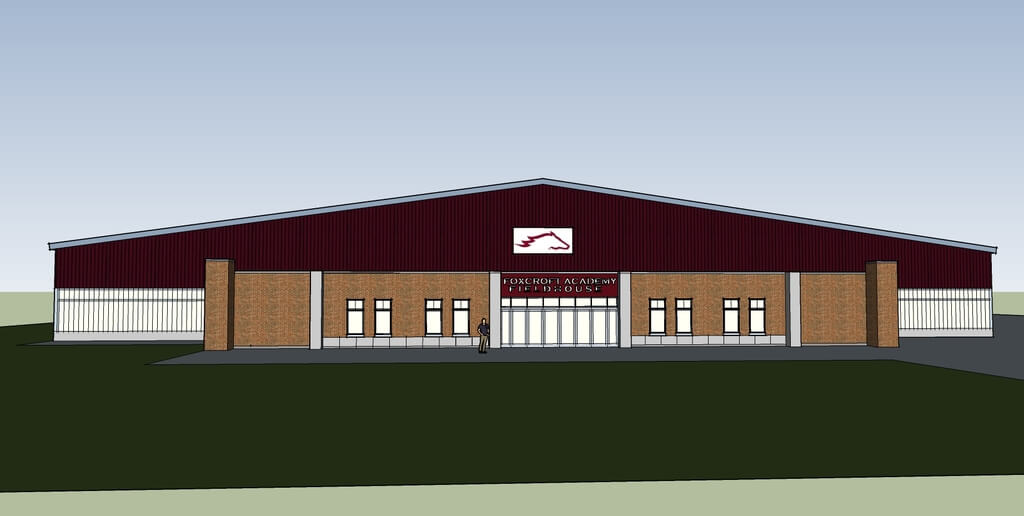 The Frederick County (Md.) The district has opened a new facility for students with mental and physical disabilities.

The $ 50 million facility will serve approximately 70 students and is equipped with a sensory room equipped with twinkling lights and vibrating massage chairs that vibrate to the beat of the music. An enclosed courtyard has play equipment accessible to students in wheelchairs. Hallways are lined with foam cubes to give over-excited students a quiet place to hide, and each room is equipped with plenty of soft and flexible seating options.

An educational kitchen area will allow older students to learn to cook safely, and a “movement room” has a climbing wall and accessible indoor play equipment.

Standard classroom spaces have also been improved. Each student has a desk with space for a wheelchair of any height, and each bathroom has elevators connected to the ceiling to help staff assist students with reduced mobility.

The new building is also equipped with a therapeutic pool that allows students to access a wheelchair ramp and three hammocks lifts to transport students from the private locker rooms to the pool.